In the late 1970s, BMW’s renowned Boxer twin was in urgent need of replacement. In addition to tightening emissions regulations, the company was losing out in the horsepower battle which had just broken out amongst the Japanese manufacturers. BMW had to come up with something newer, cleaner and faster. The result, an in-line water-cooled DOHC four, launched BMW into a new era of multi-cylinder powerplants.

Known as the ‘Flying Brick’ due to the distinctive lines of its engine, the K100 was built to BMW’s customary high standards and soon gained a reputation as a long legged and reliable tourer.

This example also benefits from twin panniers, making it a very practical long distance machine. With less than 46,000 miles recorded the bike is in very good condition and rides extremely well. Complete with its original handbook, a history file and a Haynes Manual. 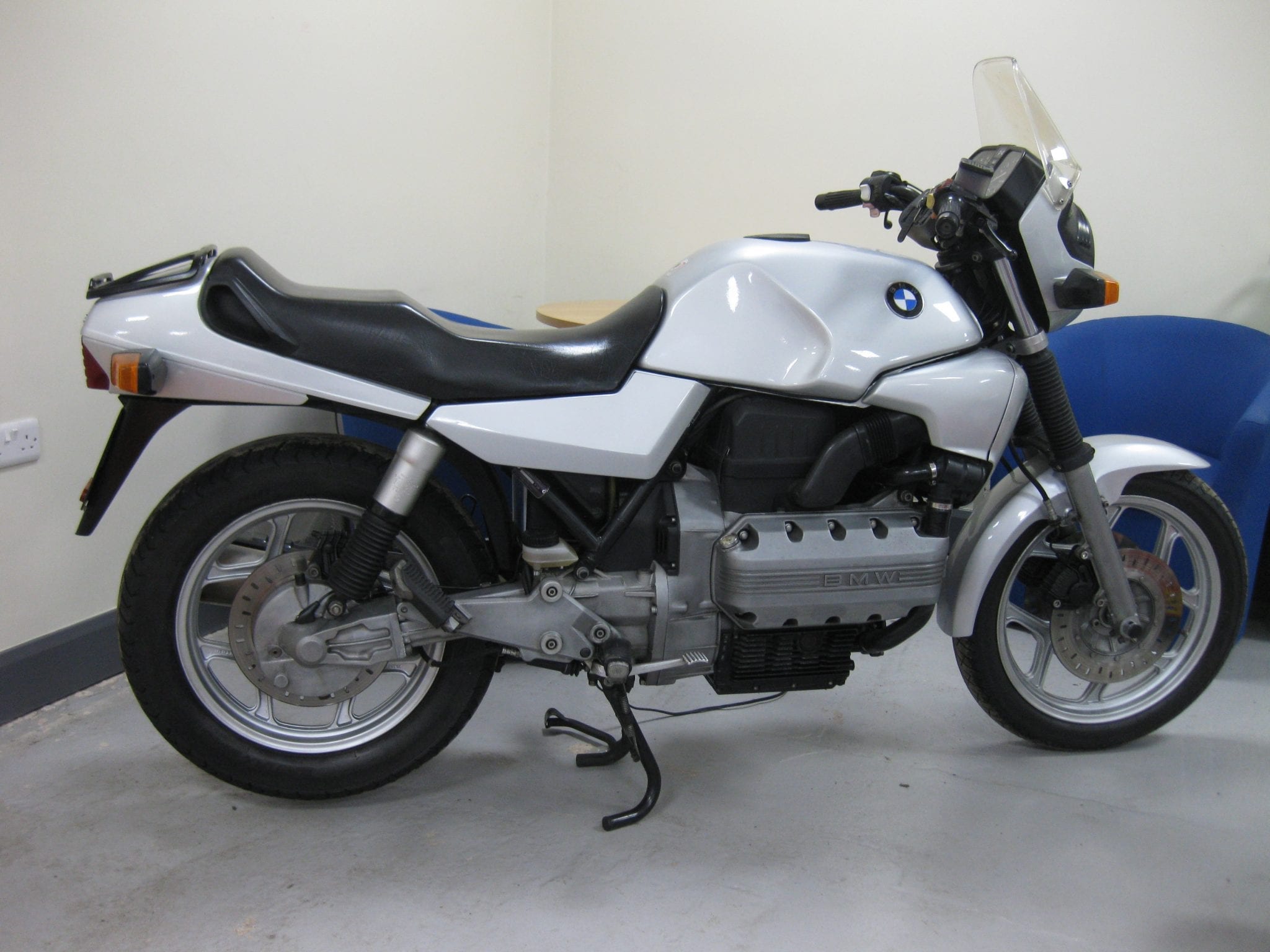 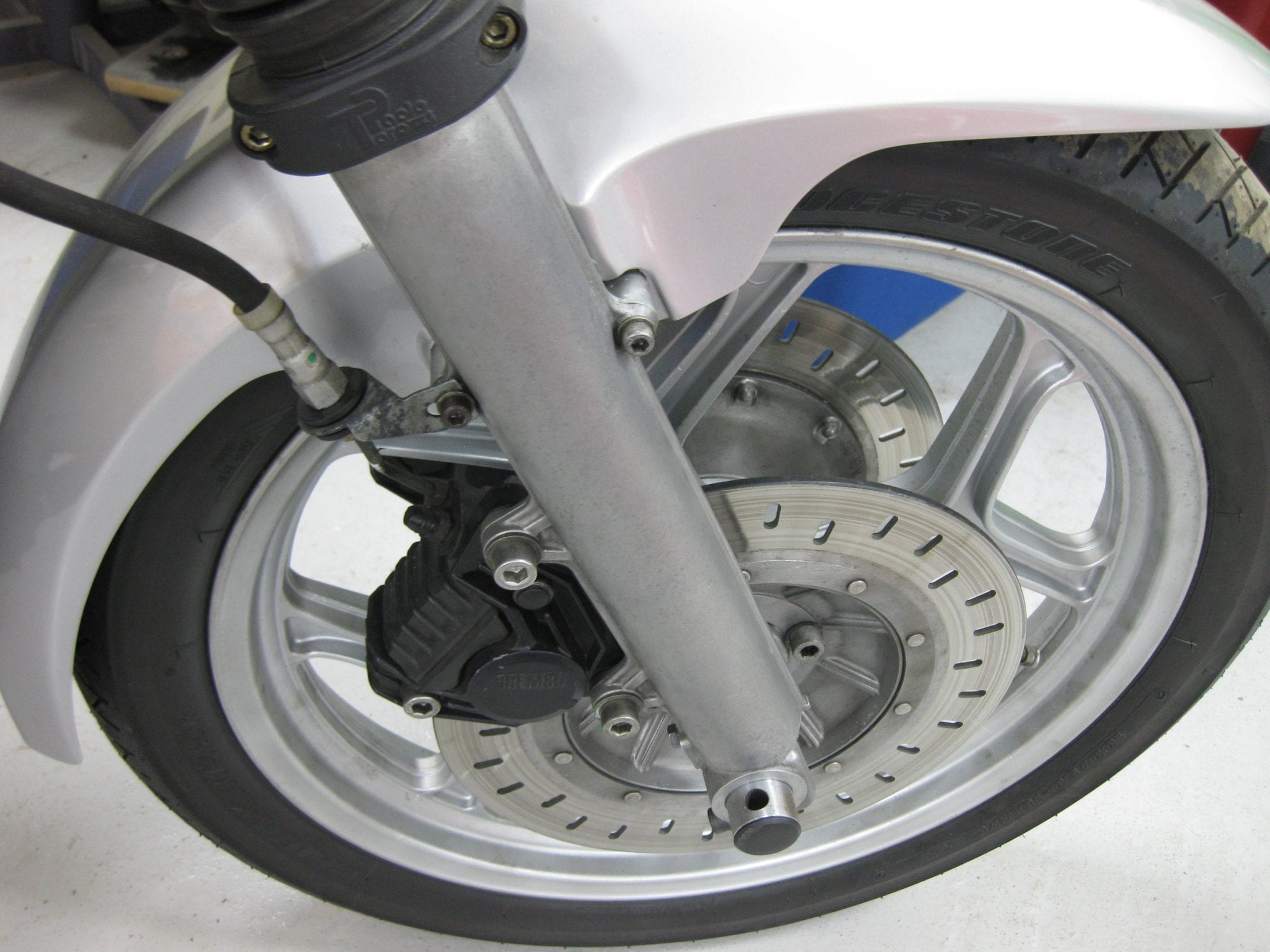 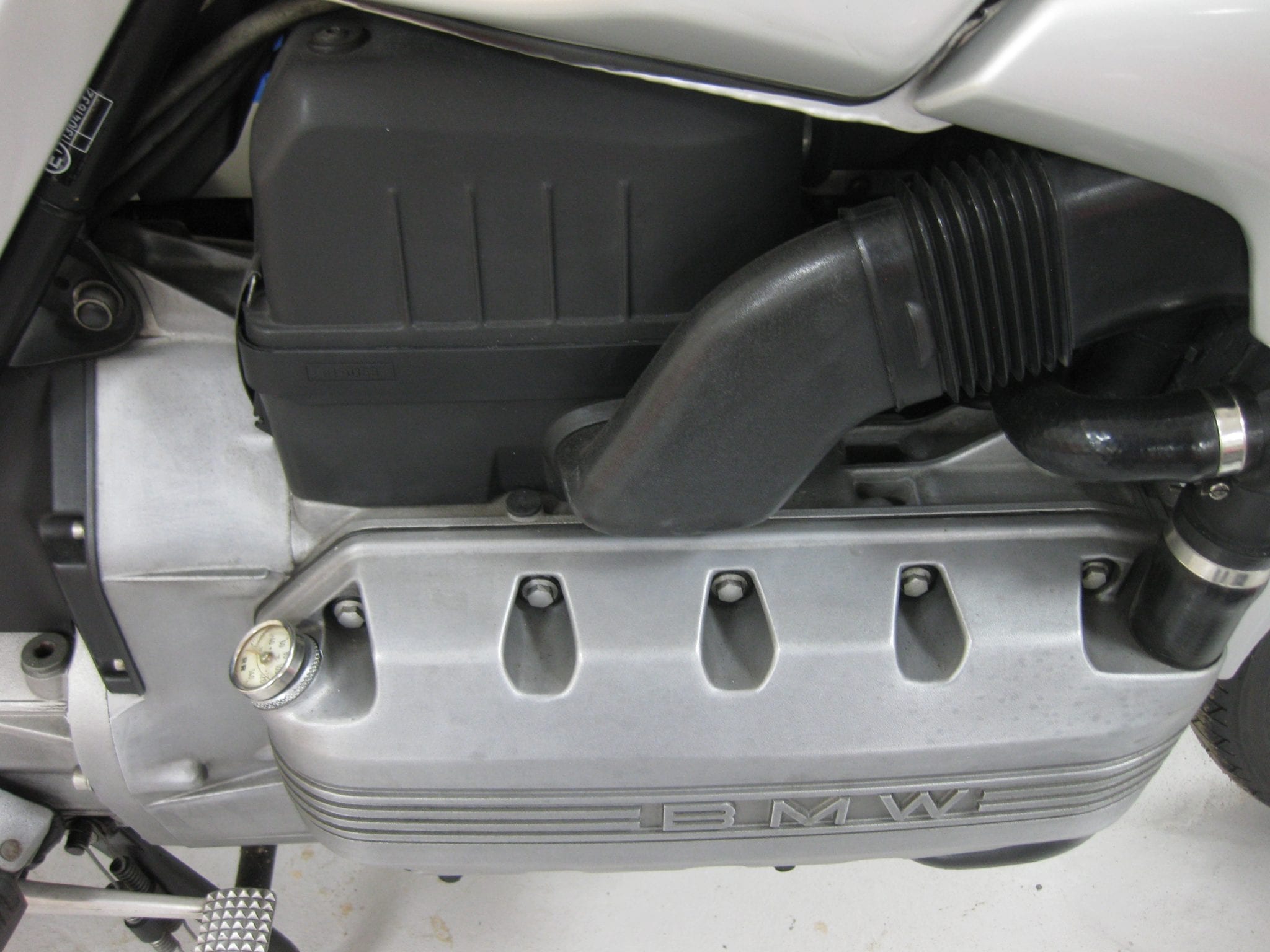 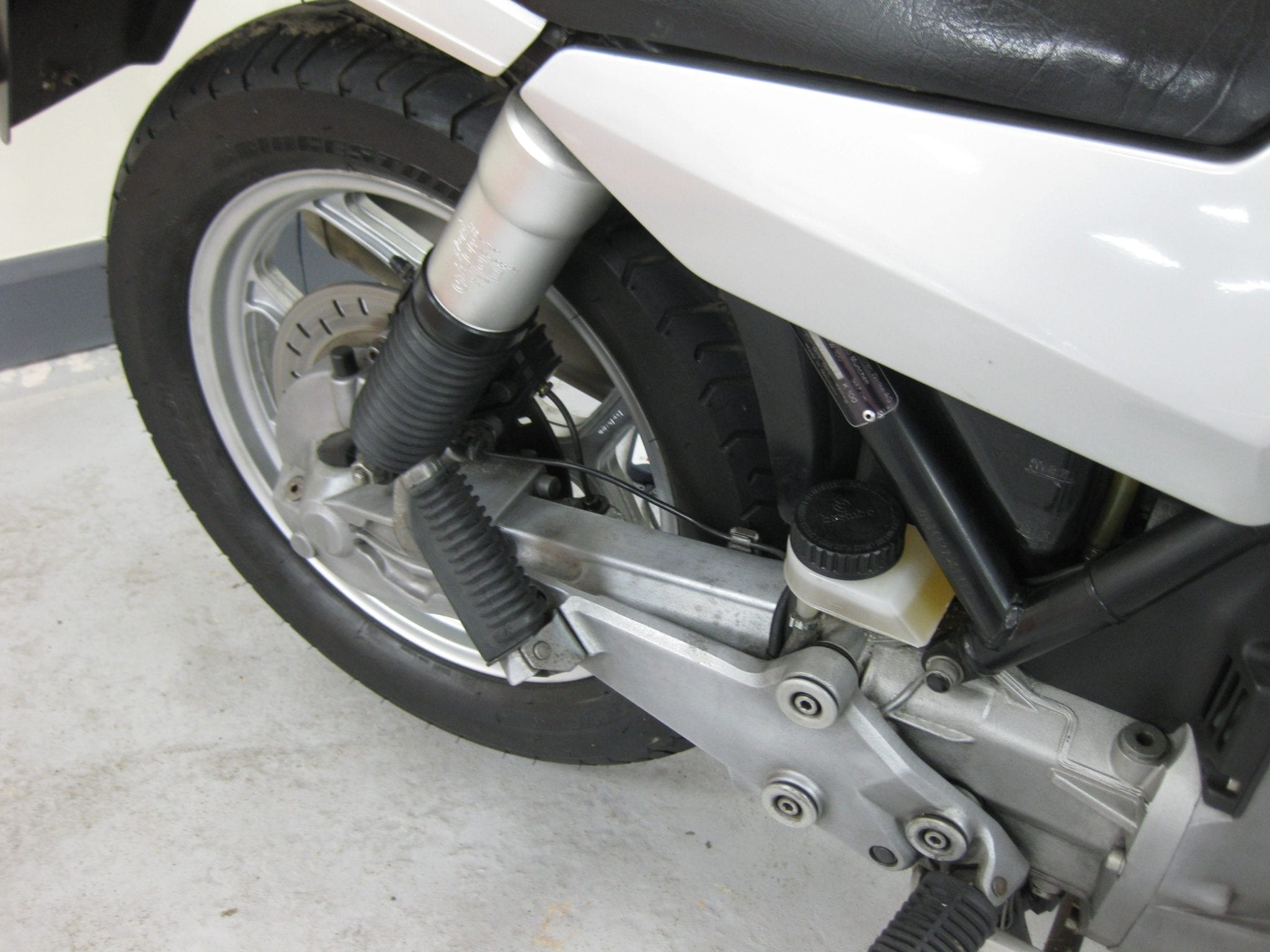 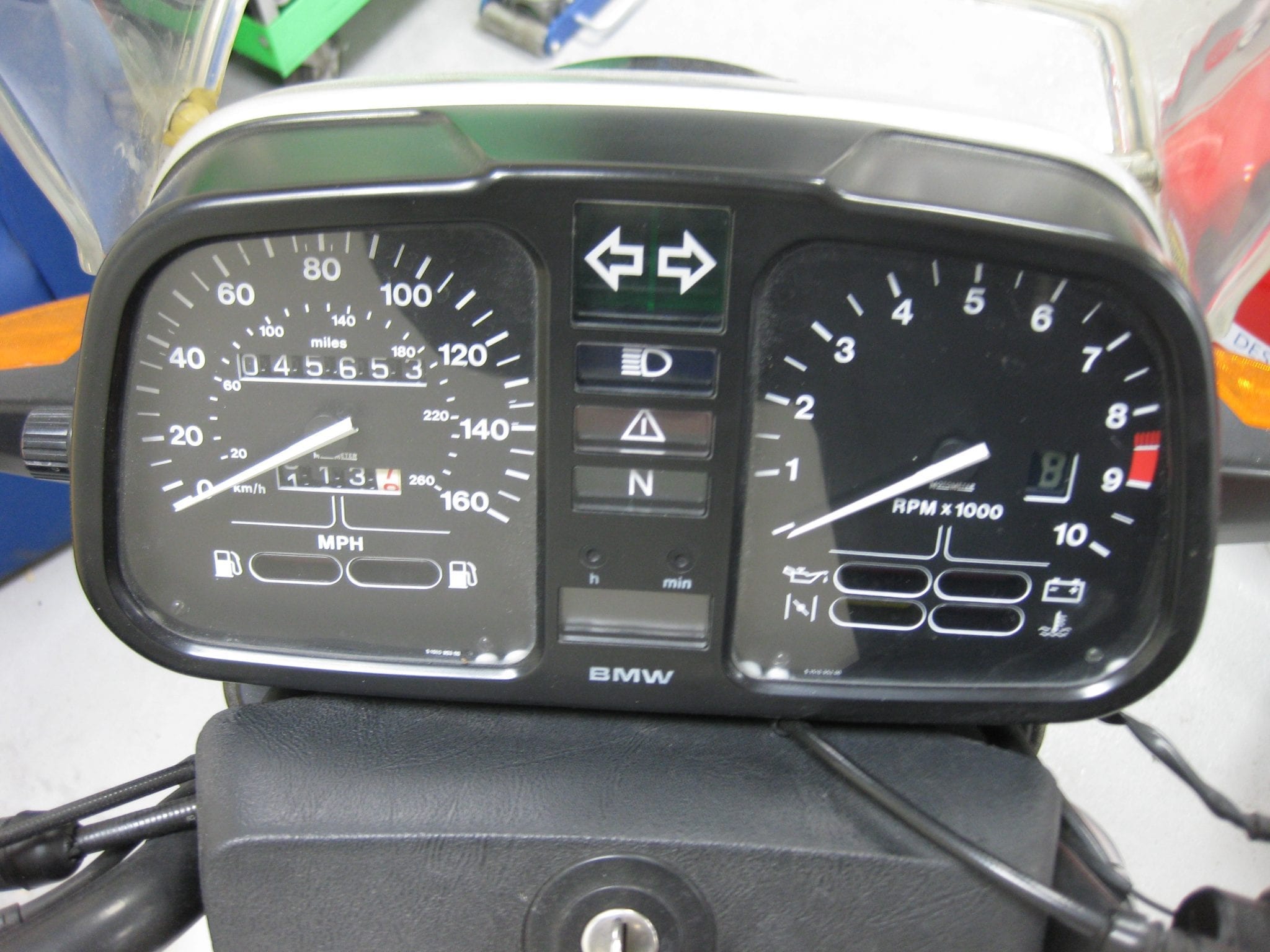